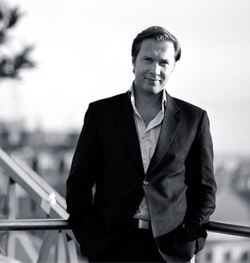 Konstantin Boyarsky has written instrumental compositions and arrangements for viola and other instruments as well as two ballets “Sleepers” and “Children of War” which he wrote in collaboration with the The Royal Ballet school of dancing. The ballet “Sleepers” was also included in a feature by London’s “South Bank Show” in collaboration with BBC television. In 2008 he was commissioned to write a chamber work for the Radio France and Arts channel “Mezzo”. A work  “Mosaique Musicale” was very well received, and has been broadcast in many countries..

At present Konstantin is working in London as one of the Principal Violists of the Royal Opera House – Covent Garden. He gives many solo and chamber music concerts around England, most European countries and international venues in Asia, North, Central and South America as well as Oceania.

Amongst his busy performing schedule Konstantin also has a passion for teaching. As well as giving lessons in various international music festivals, giving master classes and courses he is a Guest Professor at the Royal College of Music in London.

Some Instrumentalists with whom he has collaborated as a soloist and chamber musician include late Lord Yehudi Menuhin, Gidon Kremer, Yuri Bashmet, Natalia Gutman, Nikolaj Znaider, Lang Lang and many others. The conductors with whom he worked with include Bernard Haitink, Lorin Maazel, Sir Colin Davis, Sir Simon Rattle, Sir Antonio Pappano and many others.

Konstantin was born in Russia into a family of musicians and began playing the violin at the age of six. He attended The Music School affiliated to the Moscow Tchaikovsky Conservatory where he studied with Professor Inna Gauhman.

From an early age he took part in public concerts at prestigious venues in Russia including the Tchaikovsky Conservatory. At the age of 13 his musical talent was recognised by a special award for Performing Arts given by the Russian Fund for Culture.In 1990 his family left Russia and in 1991 settled in the UK where he went to Yehudi Menuhin School, studying there for four years with his mother Natalia Boyarsky.

In 1999, Konstantin completed a Bachelor of Music course and in summer 2000 a postgraduate course in advanced performance with distinction at the Royal College of Music where he studied violin with Doctor Felix Andrievsky and later viola with Christopher Wellington and Simon Rowland-Jones and took lessons from Yuri Bashmet, Jerzy Kosmala, Natalia Gutman and Igor Sulyga(Kopelmann quartet). He was also one of the founders as well as a first violist of The Belcea String Quartet.

During that time Konstantin won many major awards including The Malcolm Sargent Award and Martin Fund. He was a winner of 1999 Bernard Shore viola competition and got a “Diploma of Honour” from Accademia Musicale Chigiana in Siena, Italy.In 2003 Konstantin was a prize winner of the International Tertis viola competition.

Marita Phillips was born in the UK. She is author of a children’s novel, ‘The Dream Dealer’. As a lyricist, her songs have been recorded by artists such as Art Garfunkel, Peter Skellern, Demis Roussos and William Lovelady.

She has written the book and lyrics for the children’s musicals; “The Dream Dealer” and “Buzz – the Story of Glorybee.”

Marita Phillips studied acting at The Guildhall School of Music and Drama and ballet at the Nesta Brooking School before training as a mime with Adam Darius. She founded, with Darius, and ran The Mime Centre, London.

She performed her one-woman show in the UK and many countries all over the world. She was Chairman of the British Pushkin Bicentennial Committee which was involved in over 200 events in the UK in 1999, and was Chairman until recently of the Mendelssohn on Mull Festival.